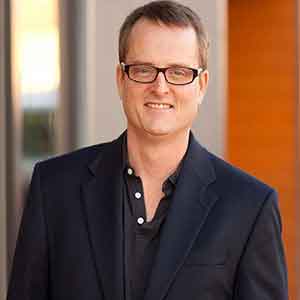 I am consistently amazed by how long people hold out before they do file bankruptcy. Most of my clients endure abusive phone calls and make every payment they can toward  debts that they have no hope of repaying for years on end before they finally decide to file bankruptcy. Many of them invest tens of hours trying to work out deals with their creditors only to be turned away again and again. In the midst of one of the worst economic downturns in American history, many of my clients still come in blaming themselves rather than the banks that changed the rules in the middle of the game. Still others come in after job loss, divorce or medical emergencies, blaming themselves, as if they could have somehow financially planned for disasters. I guess what I am trying to say is that the decision to file bankruptcy is not one that any of my clients have ever taken lightly or embraced with open arms.

My core belief regarding my bankruptcy practice is that you succeed by treating others with fairness and respect. I try to always remember that I am only one emergency room visit away from having to file bankruptcy myself. The fact is that if I had succeeded a few years ago in talking my wife into our financing a couple rental houses on interest only loans (it seemed like a great idea at the time and all my friends were doing it), I would be in the middle of my own bankruptcy filing right now. I believe that you deserve an attorney who understands your unique challenges. When you sit down to discuss your financial situation with me, you’ll be treated as a real client with real concerns.

Here’s a bit about my background as an Arizona Bankruptcy Attorney.

I received my undergraduate degree at the University of Arizona in 1995, and my law degree from Lewis and Clark in 1999. Since then, I’ve been admitted to practice law in Arizona, Oregon and Washington.

I am a member of several professional associations, including:

I have successfully supervised well over five thousand bankruptcies. Before leaving to start up my own practice, I opened and managed bankruptcy law offices for the largest national bankruptcy firm, overseeing their offices across both Oregon and Washington. Over the years, I have helped countless save their homes and businesses, and have discharged millions of dollars of debt for my clients. I have now practiced bankruptcy for eighteen years.

When I am not at the office, I spend most of my time at home in Phoenix with my wife, Nikki, along with both our golden retriever, Mayzie, and our son, Simon. Prior to the birth of our son, I had any number of hobbies and pastimes. These days, I pretty much just show up.

I look forward to meeting with you and helping you figure out the next logical step.