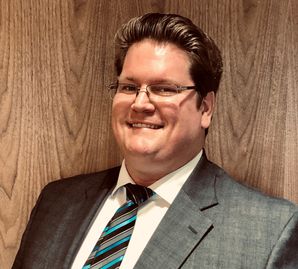 Mr. Goodman served as a Deputy County Attorney for the Maricopa County Attorney’s Office. Mr. Goodman began his professional legal career as an Assistant Attorney General for the State of Arizona in the Child and Family Protection Division. Mr. Goodman is now applying his extensive litigation experience to fight on behalf of consumers.

Mr. Goodman earned his Juris Doctorate from Thomas Jefferson School of Law and also served as the Vice President of the school’s chapter of the Federalist Society. He holds a Bachelor of Arts in Political Science with a Minor in History from the University of Nevada, Las Vegas. An avid baseball player, Mr. Goodman was a left-handed pitcher for UNLV and a three-year letter winner. In high school, he was the Stars and Stripes’ Pacific Baseball Player of the Year as a Sophomore, and as a Senior was named First Team All-State in Hawaii. Mr. Goodman is admitted to practice before the State of Arizona, Federal District of Arizona and is member The Federalist Society Arizona Lawyer’s Chapter.