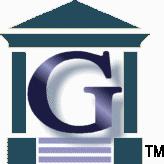 This website does not display all lawyer sanctions, such as admonitions/informal reprimands, or any pending formal proceedings. Contact the State Bar of Arizona at or use the lawyer history form to confirm the lawyer’s entire record.

In 2006, while experiencing a recurring illness Mr. Goodman made a mistake which led to a censure.  Efforts were made to rectify the consequences of the mistake.  Also, there was a reassessment of office practices which led to significant improvements.  Additional legal education courses were taken.  Not only did learning from the mistake occur, but the process began of trying to identify the cause of, and remedy, the precipitating illness.  After multiple tests and consults with a variety of specialists throughout Arizona, the cause of the recurring illness was finally identified and appropriate treatment began.  Additional legal education and practice-management changes have prevented the possibility of recurrence of the office mistake.  Everyone makes mistakes, but not everyone learns from them and makes improvements.