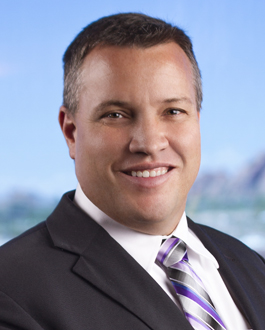 Attorney Mark J. Andersen has been a practicing law since 1997. During his first eight years of practice, Mark prosecuted crimes ranging from criminal speeding to homicide in Maricopa County and Pinal County Attorney’s Offices. In January of 2013, Mark joined the full service law firm of Davis Miles McGuire Gardner and retains a great and working relationship with over 50 attorneys in that firm. In March of 2014, Mark opened The Law Office of Mark J. Andersen, P.L.C.

Mark has tried over seventy jury trials in Arizona. This experience allows him to be in an exceptionally good position to judge the viability of a defense as well as the strength of the Government’s evidence. When you hire Mark J. Andersen, you actually get Mark J. Andersen. “I make myself available and I keep my clients informed at every stage of the process”.

As a private criminal defense attorney, Mark consciously maintains his case load at a manageable level benefiting his clients with the attention they deserve and providing a well prepared defense. He says, “I care greatly about the people I represent and work, in every case, toward achieving a great result.”