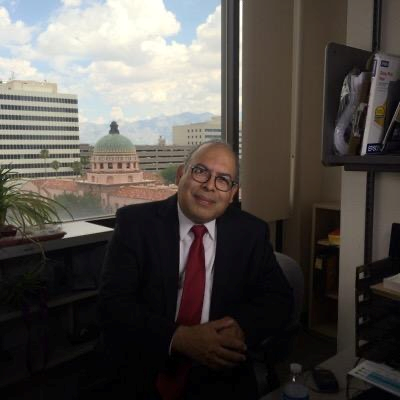 José Luis Castillo is fluent in written & spoken Spanish, conversant in Portuguese & is becoming acquainted with Yoeme- the language of his maternal great-grandparents.

His judicial career ended in 2015 with his retirement after almost 21 years as a Judge. During that time he taught for the Arizona Supreme Court, his court, various schools [Including the U of A & Pima College] and at la Universidad Nacional Autónoma de México in Mexico City.

He has represented State felonies, worked on federal matters, defended immigration cases as well as fought for misdemeanor defendants. His right-to-Jury matrix has been used all over the State both post & pre-Derendal, citation omitted.

José Luis also writes poetry, fiction and children’s stories as well as legal materials (a book on criminal law & practice in Arizona is an ongoing project).

José Luis is currently an attorney at the Pascua Yaqui Tribe’s Office of the Public Defender.