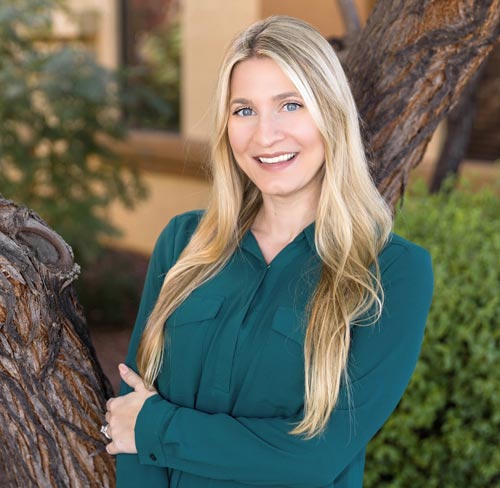 In May 2017, Mrs. Muir graduated from the University of Arizona James E. Rogers College of Law.  While in law school, Mrs. Muir served as the President of the Family and Juvenile Law Association for two years, and as an Article Editor for the Arizona Journal of International and Comparative Law.  Mrs. Muir spent the majority of her second year writing her thesis on child custody law as it pertains to families continuously exchanging children between the United States and Mexico border.  This topic was and continues to be very relevant to the parenting styles that exist along the Southern Arizona region.  Mrs. Muir maintained membership in the Student Bar Association, Law Women’s Association, Association of Family and Conciliation Courts, and American Bar Association.

Outside of practice, Mrs. Muir is happiest when she is surrounded by family, friends, and animals.  Mrs. Muir loves to snowboard in the winter and travel whenever possible.